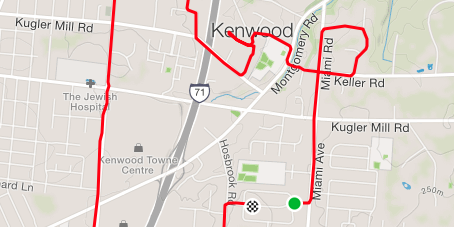 Indian Hill Schools in Cincinnati is a district of making lists- its the public school which spends the most on a “per student basis”, it is typically within the top 10 of school ratings by various magazines/ websites. It currently has a A to B rating on the State of Ohio Board of Education website.

Indian Hill School district pulls students from a large area surrounding the Village of Indian Hill, which is where the schools are physically located. Those areas are known as Camp Dennison, Kenwood, and Symmes Twp. Today, I ran through several niche neighborhoods today and want to share those with you!

Concord Hills was the first neighborhood and it is the most upscale and largest lots of the featured areas. This spot has half to one acre parcels, homes built in the early 1960’s which any of those with bad cinder block foundations are torn down and replaced with a modern layout custom home. The target demographic that I have for this area is an empty nester who wants to spend under $800k for a new home or someone buying an original house with updates for below $500k.

Sturbridge is a neighborhood across Montgomery Rd, adjacent to the commercial corridor of Montgomery Rd, this neighborhood consists of a set of dozen streets, sidewalks on both sides, walkable, mid 1960’s houses. Theses houses are on 1/3 acre lots and the smallest homes are 2000 sqft and largest around 3200 sqft.

Heitmeyer Farms is a neighborhood accessed from both Kugler Mill and Kenwood Rd, the main entrance being Kenwood Rd. This well known neighborhood is the largest of these three featured. It has lots between .25 and .50 acres and the homes are between 1800 sqft to 3500 sqft.

While running through all of these communities, I noticed several dumpsters in all neighborhoods, one new construction in Concord Hills. The I-71 corridor cuts through Heitmeyer and Sturbridge, so some of the homes have the sound wall in the back yard which affect value. This is a nice place to call home if you want an A-B district, good public services, moderate taxes and a quality of life which has mass appeal based on recent transactions.